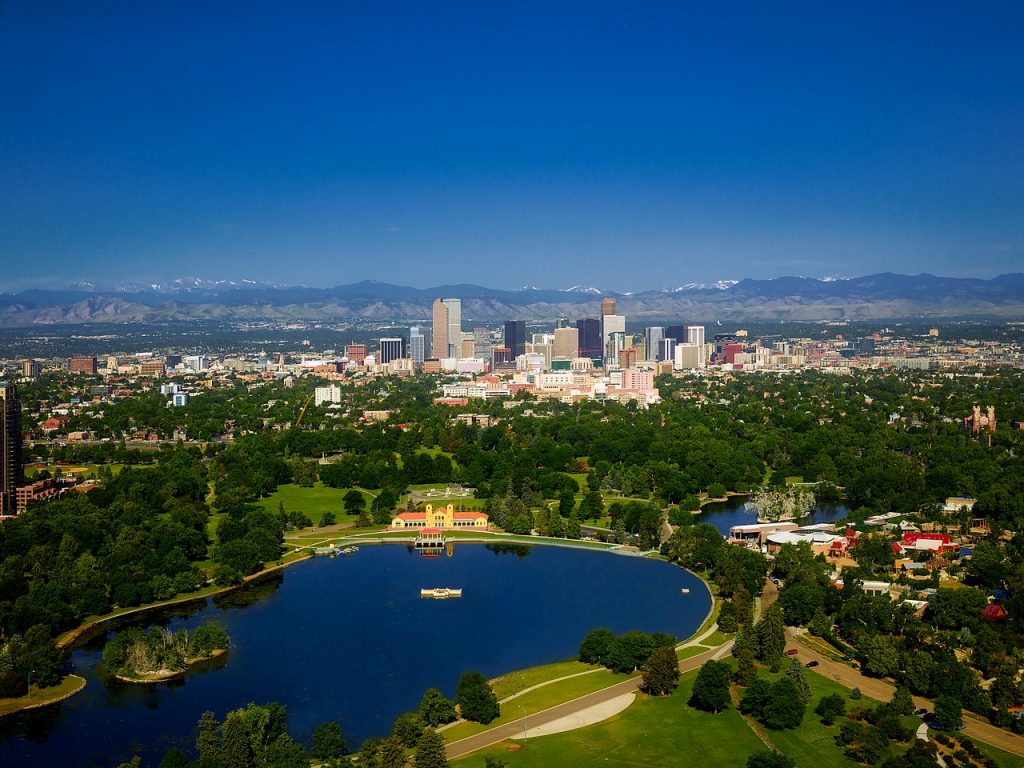 On a certain night last month, I was playing hide and seek with Calla at JKIA to start the longest flight of my flying life. About 26 hours’ journey (of course with the 2 layovers). Destination: the United States of America, specifically Denver, Colorado.

This was the result of a 2 month torturous preparation, getting the US Visa in the confusing times of the Kenya e-Passport.

If you have ever applied for a Visa to some of these countries, you know it’s a tortuous exercise. I have done it before and gotten denied, by the UK back in 2016 for not showing proof I would come back. As if we poor minions of the world hate our countries so much we want to run away and never come back. It’s true, I hate our political baboons, our hunger, our tribalism, our lack of equality…even our poor Airtel internet, the only affordable internet we have. But there are things and people you can’t run from. Like our athletes, literally. Seriously, our old Kabete matatus, our miraa which is now illegal in most places we would want to run to, our ugali (imagine not eating ugali for two weeks)… even tweeting away from home like Miguna Miguna doesn’t feel right.

Anyway, as soon as I knew I would be going, I started the process of filling the form. I collected pictures of Calla, her mother, my mother, my father and my entire clan – you need to show those people you are a njuri ncheke elder and if you disappear they will put a curse on you. Every asset documentation I have, including the wheelbarrow receipt also went into the envelope, along with the proof that I can and have made a small human being who’s fully dependent on me. I got letters (in plural) from my employer, I made flight and hotel reservations and printed all those. This time they had no excuse.

So, I was surprised when I went to the Visa interview, which took a painstaking 30 full days to happen, and they didn’t ask me for any document.

Seriously, all my preparation and reading…which all said I have all the documents and for every question I would get asked, produce a supporting document, were dashed when the Immigration officer told me the documents would not be necessary. I got this sinking feeling that that meant I was wasting my time – just go home – because just on the queue, I had seen a couple of people turned away.

2 minutes later, I was told, “Your Visa has been approved. Go and pay at that counter…”

It’s a long way to America

When I growing up in Gitura village, the farthest one would think of was hapo mbele mbele ya Nairobi. I came to Nairobi and went further, but America should be the new simile for far. America is far.

I took British Airways, which passed me on style ya matatu to American Air stage ya London Heathrow. 8 hours to London, 10 hours to Dallas and 3 hours to Denver. That’s a whooping 21 hours! It’s like taking 3 trips to Meru in Kensilver. And I only sleep in bed, so, I spent all those hours macho.

Dallas was the point of entry, so, customs questions that would have been asked at the Nairobi Embassy were asked here.

Eti, Why are you here? I’m here for some business meetings.

Oh, eti research company? Do you have some samples of the research you do? No, I am not a researcher myself, I market.

Oh, eti how do you market? It’s a lot of things, hautashika saa hii.

When are you going back? Sikai saana – just a week and I’ll be off to the third world.

Then my passport got stamped. Have you noticed the e-passport is not being stamped a lot? I would have loved a stamp for every airport I visited, even if it was a connection. Now, they don’t. 🙁

But I got that one, and with it, a license to roam the United States of America.

My destination was Denver, Colorado. Denver is a quiet city, you don’t see a lot people in the streets – not like our Tom Mboya Street, not even like the quietest places like Runda or the real Karen. It could actually be smaller than our Nairobi. Especially what’s supposed to be the CBD – it only has a handful of buildings, none too tall – and the rest of the city is made up of townhouses and short storied buildings.

Reason? The city decided to never lose their sight of their beloved mountains, so they restricted building heights to a certain level. And are the mountains lovely or what?! I mean, look at that landscape!

I was staying at a lovely AirbNb right by the road. Which was the other amusing thing about America for a Kenyan like me – there are no fences! People build right next to the pavement with the doors and windows right there. You can literally peek into people’s houses and if you are a thief, the doors are so invitingly close. My room was by the road and didn’t even have a lock. OK, I lie, the door had a password. You would expect a big ass padlock with chains and dogs, right?

Speaking of dogs, virtually everyone has a dog. There are a lot more dogs than children, and people take their dogs everywhere. Especially to the office. You go to work with your dog and the dog waits for you. And gets petted by all these dog-lovers. Because everyone has a dog. 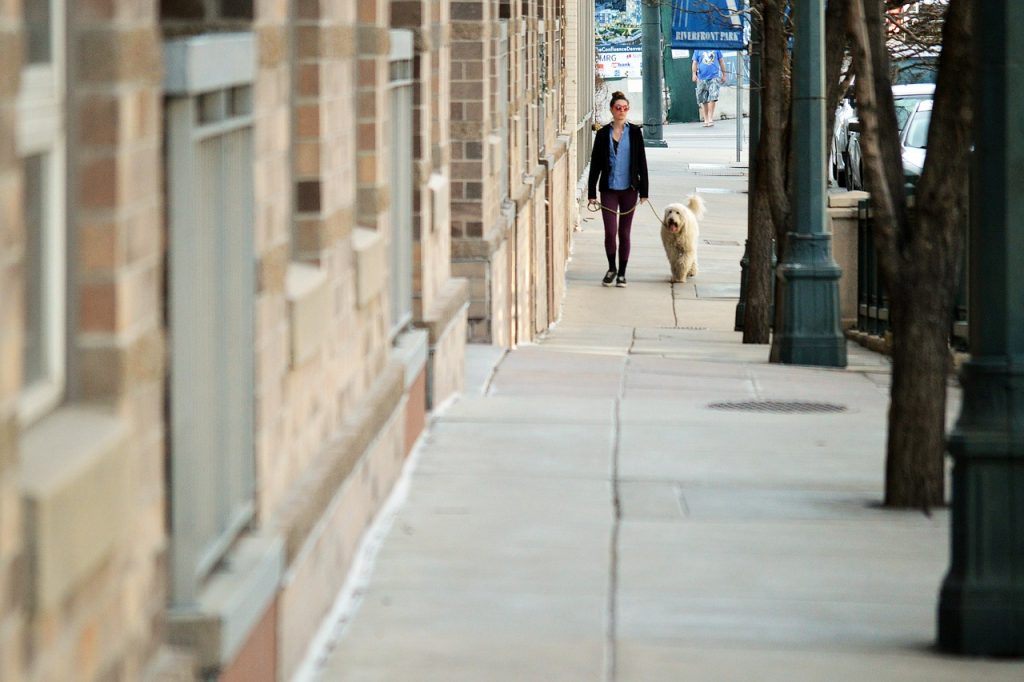 If dogs in offices is weird in Nairobi standards, how about the fact that men kiss other men in public, and walk around eating ice cream and holding hands? Yes, homosexuality is legal in the US! Women freely date other women and men other men and its perfectly normal. They get married, too, a lot. I was there during the Pride Month, so everyone was proudly showing off their pride and flag – while in Africa, the pride month is the shame month. Let’s face it, though: there are lots of gay men and lesbians all over, I know several in Kenya, only that they hide from this whole judging and discriminating society.

A lesbian waitress  in a bar, after seeing my Kenyan passport, asked me if we jail people of the LGBT community, I told her the constitution says they should be jailed but Kenya doesn’t enforce that like many other countries and she gave me a lecture on freeing of the mind. Story for another day. 🙂 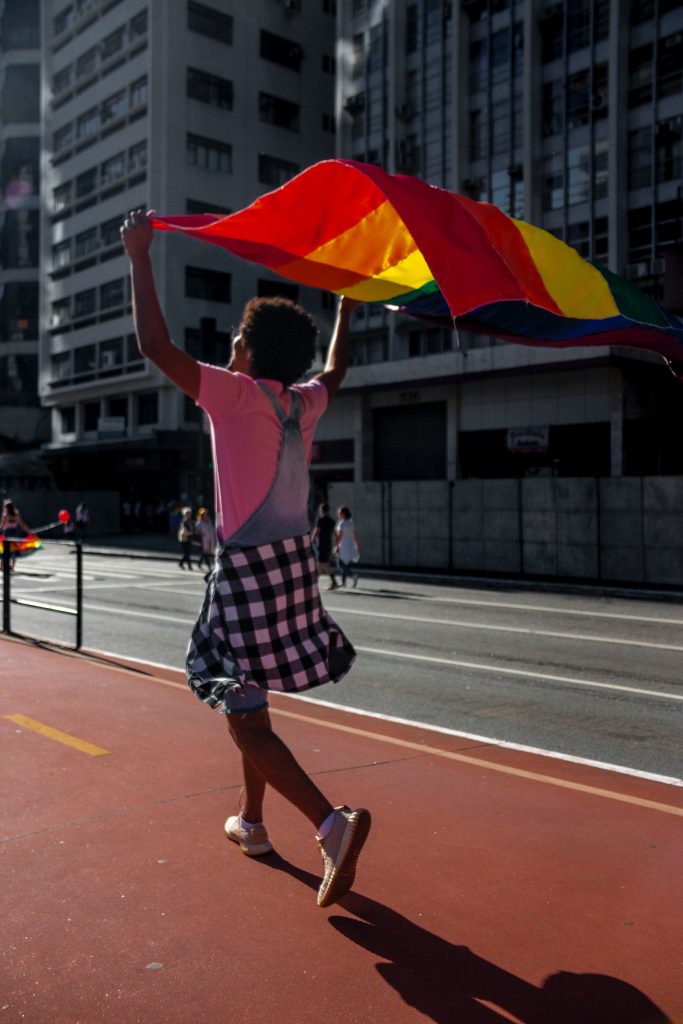 Wonder how the waitress saw my passport? Well, they take IDs very seriously in the US before selling you alcohol, or weed (which is legal). You have to show your ID, even if you look 50, and there are no hard feelings… vile we feel bad when bouncers ask for our ID pale club Spree especially if you are with a Msupa (why don’t they ask the girls, even those that look 12?)

I could go and on and on, you know, about everything, the mountain hike, the train experience that almost made me miss my flight, the food, the bikes for hire, the rickshaws, the beggars, the Nairobi Park in Denver, my first Walmart experience, the highry and the celebrities, but tuachie hapo. For now.