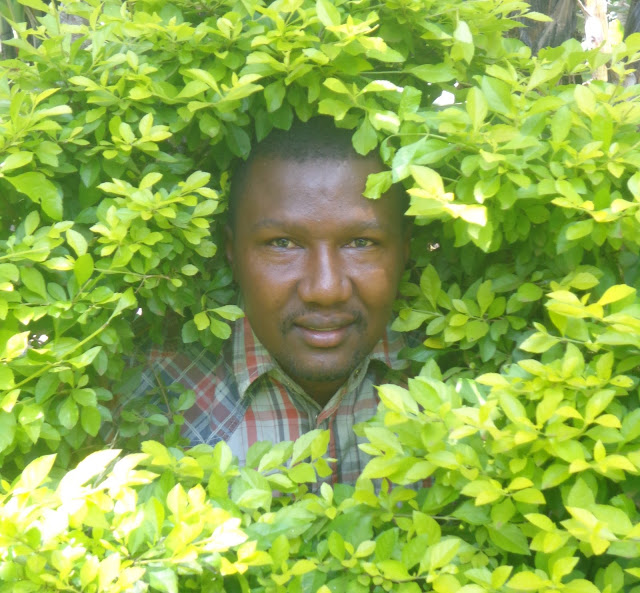 Two children, A and B are playing in ashes. You know, the game of smearing ash on each other’s face to make “Kamuithia”. Child B’s grandmother meets the kids playing and panics. You see, the “ash” is actually a very poisonous coffee pesticide. She picks up her grandchild and runs off with her, leaving Child A playing with the poison, un-amused. An older child, C, comes along and is shocked. He doesn’t run away to call for help, he doesn’t join in to play, he doesn’t admonish him, he does a smart thing… he carefully ties Child A’s hands with polyethylene bags so that he doesn’t put his hands in his mouth… and takes him home.

Child A is me, and the saviour, Child C, is Eric. He saved my life at that point!

Over the years, Eric and his brother, Metal took up the role of big brother. We would make our wooden wheelbarrows together, go-cart together, feed rabbits together, make a nuisance in the village together, and all the things that boys do. I was a part of their family. Whenever Eric’s grandmother visited, she would bring me bread, especially for me, and they would bully me out of it to granny’s wrath. We were brothers.

He got initiated at a very tender age-which officially meant he couldn’t interact with me kîîjî, but we still played together, only that he would hide when other circumcised men passed by.

When I got the cut myself, he would always visit, daily, without fail. And Mom always wanted him to come and be with me. You see, traditionally, when “you are in the house”, you are at the mercy of the young men coming in to eat and pass time. People have been killed during that period. But Eric always came. And I would feel safe. He, and Metal, were my brothers, after all.

Eventually, we became bums. We would influence each other’s decisions…from the trivial ones of which girls to hit on, who to dump to lifelong decisions like careers and spirituality. He would ask my opinion of courses and I would ask him to research for colleges for me when I cleared high school. Even later in life, since I was always the village techie, I had a say in all gadgets he bought or didn’t buy. To him, my word was final.

After my high school, we formed a group called TOUCH. Initially, 5 of us: Eric, Alex, Bessy, Doris and myself. We used to perform plays in the church, and soon, became mainstays. We would have a slot every Sunday, and sometimes would be invited to other churches and youth camps for our plays. It was a great team. Soon, we had a bigger dream. We wrote up a plan to save the youth in the society from drugs, clean up the area, and, eventually, change the politics of the society. We roped in more members and would make shows for the youth, invite mentors and have a party. This slowed down when we all joined college.

When I was struggling homeless, remember Nairobi Initiation 3?, I would go to his college, AHITI Kabete(he came top in his class, btw, scooping most honours in the graduation, and we lost our voices cheering,bright guy) and spend weekends with him and Lenana. He would always come to Plot 10.

We were the proverbial partners in crime.

I was in my usual Friday bubbly mood at work. Then I started receiving calls from people we have never spoken on phone with and people whose numbers I just have on phone from back in the days, asking if we have spoken with Mfalme. I would tell them I haven’t. By the fourth call, I was getting concerned. Then Glory called me and told me she’d heard Eric’s phone was being picked by a cop.

He’d said the owner of the phone and a few other guys had been involved in an accident and taken to hospital. I said, fine, if it’s hospital, we will go the hospital the following day, Saturday. I called other guys living in Nairobi, Alex and Nancy, and they told me they were on their way to the hospital. I figured those were enough for the day, since I live farther, I would still go the following day.

Then Glory called me again and told me her brother was at the mortuary. I quipped at her. “Mortuary?” 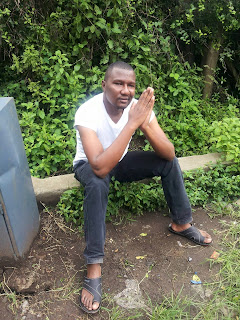 I disconnected the call and went to sit, shaking. I wasn’t believing. Alex wasn’t picking his phone, Nancy hadn’t arrived yet, and people were calling me left, right and centre”.

I also left for Thika. Oddly, my first time ever to go to Thika. I kept confirming if we were going to Thika Level 5 hospital, or the mortuary next door. They said mortuary. And the mortuary was a mess. Alex and Bessy met us at the parking and confirmed the worst.

Four people had passed away, and Eric was one of them.

When Alex, who had viewed, damnit, the bodies started giving us details,  I felt liquid. Just had to sit down. The entire sheltered area was made of people I know. Mfalme’s friends. The sight of his girlfriend, Naomi, crushed me. I don’t remember greeting her. It was all a dream.

We stayed and waited for the relatives, and tried to track down the family of one of the deceased, who we didn’t know, just to be helpful. Others went to the scene of accident, Makuyu, to see the car and collect any possessions.

Evening came and the relatives had arrived. Martin, Eric’s eldest brother, came for Eric. They had to officially identify the bodies and we had to be there with them. Being the most paranoid people I know, I wouldn’t have gone in..but Alex literally pulled me in.

It was all a haze. Darkness in my head. I vaguely smelt the preservatives, or death(it has a smell, right?). As the bodies were being pulled out one by one I just looked on. When Eric was presented I would have sworn it wasn’t him. The injuries were bad. The mortuary sonofabitch attendant was eating roast maize in the mortuary and motioning to us where the bodies would be restructured. They looked as if they were just asleep, and would wake up. It was still a dream, now turning a nightmare.

I went back home that night, still hazen. I had to take hard stuff to clear the dew in my head. And I slept peacefully. I never remembered the images, I think God erased the moment from my brain, and even now as I write this, I have no memory of the bodies. I feel like I am narrating a scene by a third party. Thank God for the amnesia.

Friday, 24th July 2015
After a week of arrangements, our village had the biggest funeral ever. Could easily be the biggest event my village has ever hosted, sadly. A funeral for two. Attended by who is who in the society, from the deputy governor and all the elected and administrative leaders in between.

See, Eric was a man of the people. He was a promising young man with a bright future ahead of him. And everyone had to be part of this. All his friends came. We rallied and had everyone away from home to attend his burial. It was a massive get together. Our entire class met for the first time since we finished primary school and we savoured the ghostly reminders of our former school. Sadly, as we concluded, we were only meeting due to the death of one of our own.

It is now a resolve that we will be meeting every chance we get. Granted, we are spread all over the country, some of us are outside the country, but we should never meet only because of the death of one of us. (Think about that, friend, when do you ever meet with your childhood friends, classmates, college roommates? Will you only meet during burials?)

In other news, why do politicians always steal the show? Why do they use forums, even mourning ones to selfishly turn the tides? All the speeches after Alex had spoken on behalf of Eric’s friends were all political. The current MCA and MP vs the aspiring MCAs and MPs. Words were thrown around, statements made, the underlying issue of the village road, one of the biggest feeder roads of the county, now impassable, and all that crap politicians always belch. The mass was ending at 6:00 pm, and the burials were to happen afterwards. When I die, I don’t want politics in my funeral.

Then we went to Eric’s home for the actual burial. I was barely listening to the pastor. My mind was replaying Eric.

It was now slowly hitting me that he was actually gone. When soil was thrown in I flinched. When rocks hit the coffin with the thunderous this they always make, I felt pain. They were beating my friend. When I was handed the shovel to throw in soil, I did. I dutifully gave this last service to my brother. When the pastor said we should mark the corners with sticks I looked for sticks and marked the corners. I had this energy surge.

Then it actually hit me. I had promised myself not to cry, but I got choked. I excused myself and went behind Eric’s house. And I sobbed. I cried with nothing in my head. I felt lonely. I just cried.

My other friends came round to me. Bessy covered her face with Kero’s jacket, Deno stared away, into space, Marti leaned on a tree and stared down. Kero placed hands on his head and trudged away to the grave to plant flowers with Twinnie.  We locked our ears to the world and the silence got eerie.
It was now real.

He is gone. Just like that. He won’t be the theatrical Head of Security that he always took up in our weddings. He won’t be calling to ask me what to do with his laptop or phone. He won’t be coming to joke with my grandfather on all the matters of the world. He won’t be shooting pool with me again. He won’t be building the house which he had just started collecting kokoto for. He won’t be joining the university he wanted to join for an environmental course. He won’t be sharing his dreams for the society again.  He is gone. Forever.

Fare thee well, Mfa. Walk into heaven in that walking style of yours. And walk in noisily as you used to walk into our places. We will always remember you. You will remain in our minds. We will try to achieve some of the dreams we had in TOUCH. Won’t we, Bessy, Alex, Doris?

I always hoped this was a dream and I would wake up. The touch of soil woke me up. It is true.

Goodbye, and say hi to Metal.