I was in my village last week. And I took a walk around the village one fine evening inspecting projects of development.

The girls I knew as babies were shyly smiling at me. Grown women who are now worthy of visiting my simba.  One or two now have babies of their own.

Boys I saw being taken home in baby shawls from hospital are now fearsome young laing’o capable of filling both cheeks with taxiies of veve (a feat I have never accomplished).

This is why I don’t go home often. All these people, plus my grandmother asking me if I have tested my masini to see why I don’t have a wife and children… these people make me feel old. Na mimi ni mtoto tu.

Back to my development inspection. I take my rounds, greeting everybody I meet, because, from the smiles everybody knows and loves me. The smiles are very very genuine. I should become a village elder. 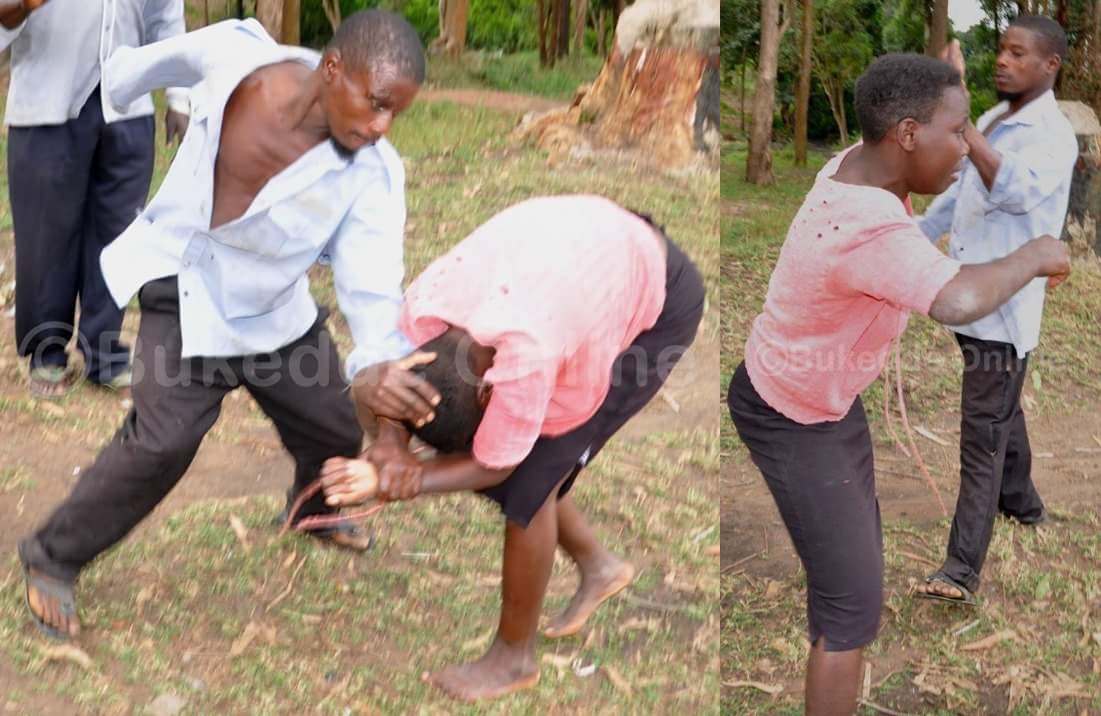 Until I meet an old couple fighting. They both look familiar but I probably know their parents. The woman, bleeding and carrying two stones, runs towards me, gets behind me and proudly announces:

How could these people have been my classmates? I muse, confused. Insults are raining around me and I am the shield. The Man has a slasher, and, like the woman, is bleeding for the face. He must have eaten a few rocks. It’s a bloodbath, literally.

Neighbours are on the sidelines, cheering them like it’s WWE SmackDown.

“This kiiji (uncircumcised man) beats me every day for nothing. As if he drinks my chang’aa”

“Who are you calling uncircumcised? I’m killing you today! Toka nyuma ya Calif uone.”

Ladies and gentlemen, the worst insult you can call a Meru man is Mwîjî, uncircumcised. It’s like committing suicide. This here was a worse battle than the slasher and the stones. It is a war. And people can die.

To us, circumcision reigns supreme, and trying to insinuate otherwise, especially if you are a woman or a boy can land you on hospital with severe panga cuts.

It’s our ego.  And here is a woman committing this cardinal sin.

Somehow, they respect me, I calm them down, and the woman, now sobbing uncontrollably explains that the man, since miraa was banned in the UK, has been drinking without a care in the world, never mind they have three children in school. If she asks for money to buy food, he turns violent. And now, “punda amesoka. Akinipiga nampiga.”

The man simply says, “Mwenda Caliponia, this is not a woman. This is a latrine. When other women are working in farms, she spends the day gossiping and waiting for me to bring her money.”

And he leaves, to the woman’s “mwiji” jeers.

As I walk back home wondering if I will get married and trying to remember if I got circumcised, I wonder what circumcision has to do with anything. In my culture, circumcision is very important. It signifies a graduation from childhood to responsible adulthood.

And it should be… along with whatever your culture uses to initiate boys into manhood.

If you are circumcised don’t effing embarrass me in my own village. Or I will help your wife beat you.

27 Comments → If you are Circumcised