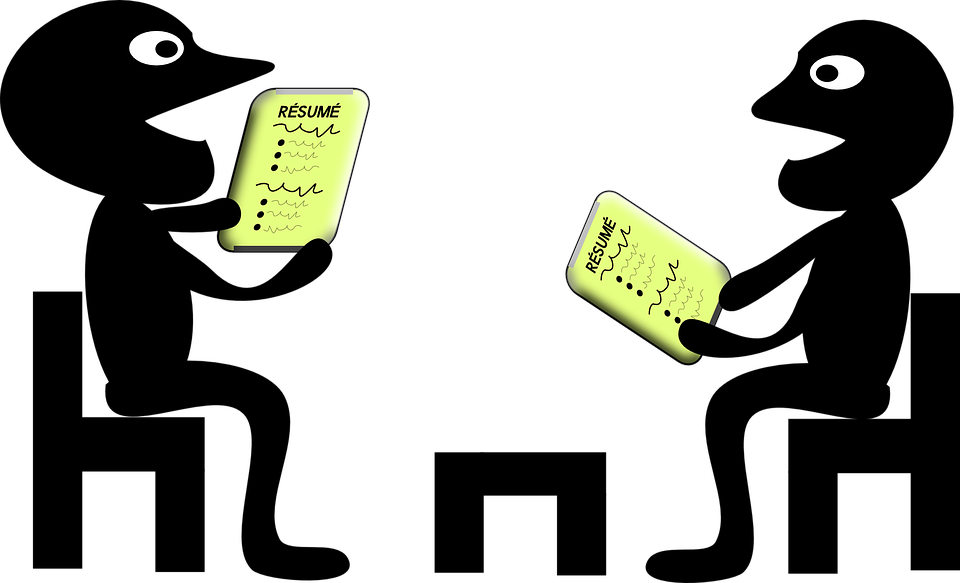 Like everyone who wasn’t born to big money, I have had my fair share of job interviews. I have attended a couple – though not as many as most people I know (you wouldn’t say I’m an experienced Interviewee). Maybe I haven’t been lucky to get that many interviews, or maybe many of the interviews I have attended have been bulls’ eyes.

I have gotten two jobs through Skype interviews. I mean, no one-on-one – we met for the first time when I reported to work – having signed my contract online. Good jobs. And I respect these employers who don’t have to meet the person to give them a job… Those employers that look into the mind, rather that the body language and all that dressing crap. No bias. In one of these interviews, I was home alone with my daughter and she was screaming the air out of the room. And I had to interrupt the interview and sit with her for the rest of it as she tagged on my headphones, distracting daddy. I got the job. 🙂

Speaking of weird Interviews, there was this interview, back in the day, while I was still in college. The thing happened in a car…or, the interviewer was in the car and I was outside. It was one of those Cosmetics Shops at Tea Room, the job had been organized by a girl friend of mine my interviewer was hitting on. I think it was a pick up like, “beautiful girl, do you know an accountant as smart as you?”

Anyway, it was a weird interview, in the middle of Dubois Road. The questions were like, what church do you go to? What is your relationship with Carol? What’s the biggest amount of money you have handled? Long and short of it, I got the offer, but I rejected the job… Guy wouldn’t let me leave work to attend class in the evening and Saturday mornings. 7:00 am – 7:30 pm, being an accountant for 15K is not something I would have done. Never mind I was a total msoto.

You want to know why quit accounting and went into Marketing and ICT? It was because of an interview. My very first real Interview. So, I received a recommendation from my accounting college Dean (Vision Institute) to be an accountant for a M-Pesa reseller. I went to the interview, sat in front of a lady and a gentleman. I felt funny just sitting there. And I realized I wouldn’t be an accountant, and there was no way I was getting this job, because I knew nothing. Never mind I had just completed CPA.

Them: Tell us 3 accounting principles.

Me: Matching principle, Accru-something, I don’t remember the third.

Them: Explain the matching principle, then.

Me: For every revenue you report, match it to the expense. (I knew this one).

Them: (somewhat reassured.) Which IFRS covers joint ventures and how would you treat a joint venture according to that IFRS.

Them: (visibly shocked at my stupidity). What? People don’t pass questions in an interview.

The interview became a laughing match. We laughed for a whole 10 minutes, taking tea and talking about computers. I even offered myself up for an IT role. Of course I didn’t get that job. 🙂

Then there was that corporate Interview, or do we say series of interviews? I went to a couple of them, waiting weeks for the next. When I finally met the decision maker – the Marketing Manager, he told me to lead the interview. Things like,

“Where do we start? What do you want us to discuss?”

Trick question, that left the inexperienced me bluffing. But it involved another trick, logical question (those psychometric tests) that I approached mathematically, and failed of course. He told me, “you are a very smart young man, but you aren’t a genius.”

But I still got the job, because, after all it was, a social media job, not a psychometric one. 🙂

The interview that gets the crown of absurdity, though, is the GNLD interview I attended in a full suit. Long story for another day.

Amerucan in America On a certain night last month, I was playing hide and seek with Calla at ... Calla is 2! Last Sunday, 19th May, we were braving the mud and cold of Limuru that I ... How I Became a Dating Pro. I am demanding a Honorary Degree in dating. I have had so many dates, ...