The other day, I was taking Jeddy to hospital. Then, I also decided to have a small check up – mostly because it’s completely free in that hospital if you have NHIF, otherwise I wouldn’t have because health care is too expensive to go around getting checked if you aren’t sick. You feel me? 🙂

Anyway, as the doctor was taking my vitals, he asked me if I ran to the hospital. Of course I hadn’t. I don’t run unless I’m being chased, which I haven’t been since when I was being Initiated into Nairobi and muggers wanted to show me who owns the city.

He looked concerned in that awkward way doctors look concerned but are trying not to show they are concerned.

He said, “we’ll check again, because your blood pressure is quite high.”

I wasn’t shocked at that time. He wrote down a few tests to be done on the lab and off we went to look for bananas to push the stool – have you tried to look for stool in hospital when you haven’t eaten? Anyway, I went and tried and tried and put my mind to it and got the stool, and the blood (who else hates needles and the sight of their blood flowing into a plastic thing?) All this time, I wasn’t thinking about the pressure. I knew it was nothing serious – could have been because I had a flu. Or because we had been in Mombasa two months before, could have been malaria and malaria doesn’t shock us people of Africa. 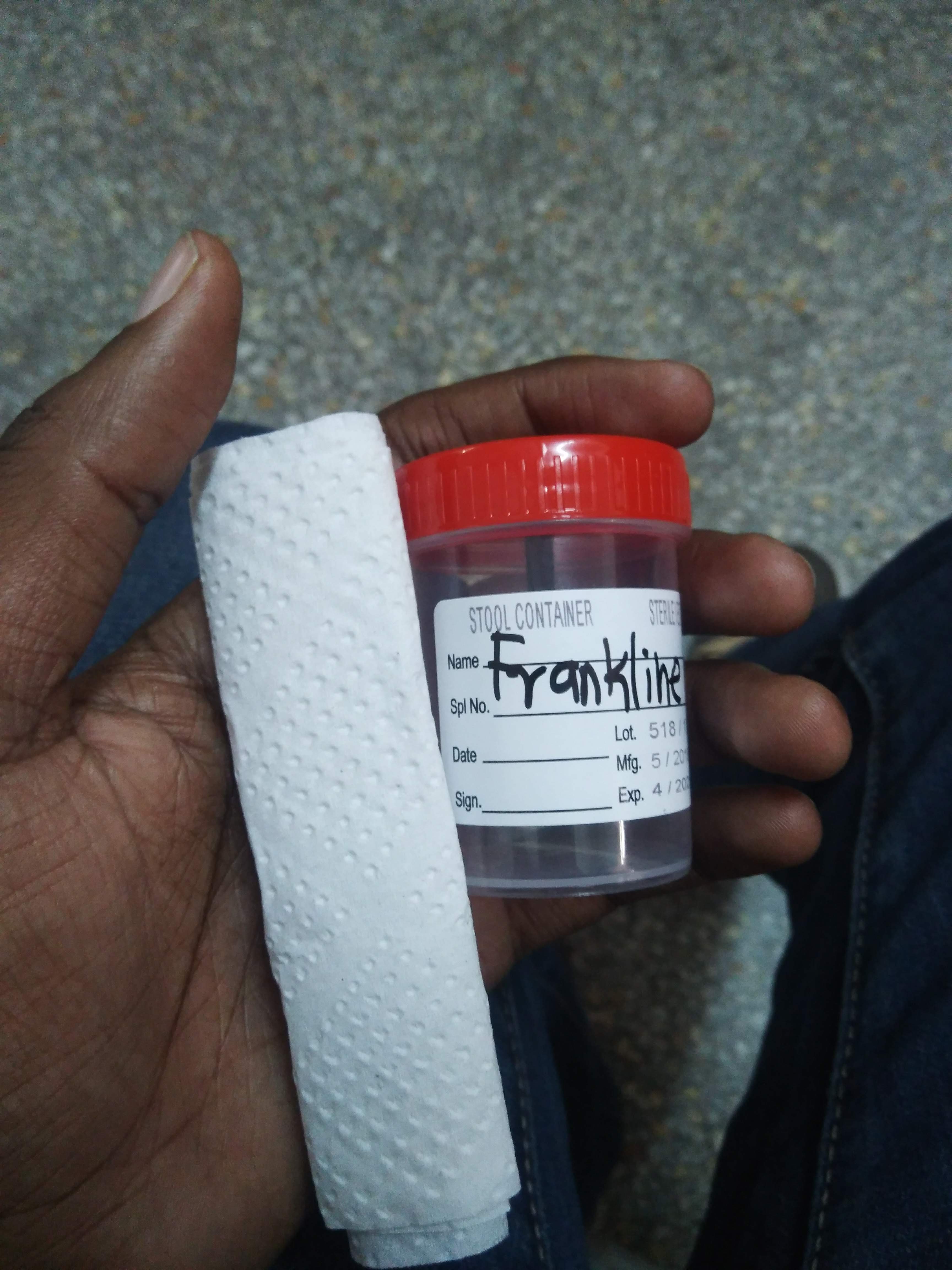 Anyway, results out, we went back to the doctor, an old, sleepy man we trusted due to his age.

He checked my blood pressure again and told me it was improving. Yes! See, nothing to worry about.

But then he did some medical blunders which made us doubt everything he had done. Long story short, we demanded for another doctor, who laughed as we explained what his older colleague had done and said. And he ordered another round of different tests. Which we did.

He also checked my blood pressure and told me true, it was high.

Then he started counseling me. You know, at your age you shouldn’t be having this problem. What problem? Now you should start watching your weight. Do I look overweight? Eat nyama choma only a few times. I have never had nyama choma for almost a year. Actually, take red meat only twice a week. I take beef only on Wednesdays(don’t ask me why), the other meat I take is pork and chicken. And then start exercising. Get into a gym. Oh, hapo umenishika. I don’t gym, but I do intense exercising at home with my phone, and I take early morning walks. Never runs. And a lot of other things.

He said it wasn’t bad, the spike could have been caused by anything, really.

We got our prescriptions (when doctors are in doubt, they prescribe antibiotics) and went home.

Then I sat back and started thinking about the blood pressure. I committed the sin of Googling High Blood Pressure and almost died of High Blood Pressure. They were saying there were chances of death, among other lifelong conditions that would not be so long because life would be short. Friends, I started seeing death. I started digging into my family history – for distant relatives, and even neighbours that were killed by High Blood Pressure.

It was tormenting. And my body started acting it.

I became too weak in one day. Every time I walked two stairs I would feel the pressure coming through my ears I would touch my heart area and feel it racing like those horses of Game of Thrones. One time I took coffee while I was interviewing a job candidate and had to be the one to excuse myself. Another time I took beef and tasted blood. Then I walked into a Safaricom shop and tried testing the Samsung Galaxy S10 heart App – the one that checks your blood pressure. It showed all doom and gloom. I even started feeling lots of pain in my chest area – mostly likely a failing heart. And my back was a mess.

All the symptoms I had seen via Google were true. This was death.

Then I decided to fight for my life – by going to another hospital that Sunday after church.

Everything they checked, was right. My blood pressure was normal! I was given an ointment for the back pain.

And I became well immediately – even before using the ointment or the pain killers!

The whole disease, and death, and doom was in my mind!

My mind heard one report and totally believed it, then transferred it to my body and it almost became true. Then another truth came out and my mind and body believed and acted it.

The mind is very powerful. Your brain runs your body, and even external things. It holds so much potent force that it can force metal bars to bend. To tell mountains to move from their location and cast into the sea. Literally and figuratively.

Have you read Paulo Coelho’s The Alchemist? There’s a place he says, when your mind believes in something, the whole world conspires to make it happen. If careers are shaped by a simple belief, imagine your weak body?

In movies, you hear them tell a dying man to “focus on living and don’t close eyes, damnit Michael! Don’t close your eyes… Focus!” Because if you decide you ain’t dying, and you believe it, I know you won’t.

The mind pushes people to commit suicide, when they can decide to focus on the brighter side. Life has a lot of challenges, but you can tell your mind to look on the positive side – I mean, countless other people have faced this problem, you Mind. They didn’t die, so we are not dying. We are not going into depression. If other people made it, why not us? And suddenly, you rise up, completely free.

It’s all in the mind.

There are endless things you can shape using just your mind. Both good and bad. Just believe enough… and the power of healing and killing lies in your mind.

This taught me two things:

So, what’s on your mind?