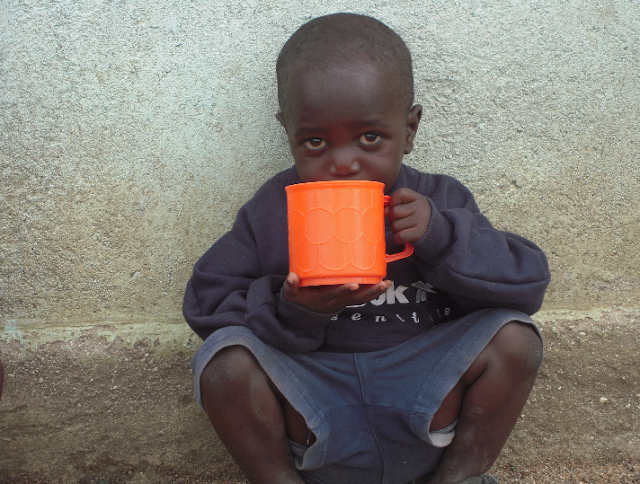 Let’s start from the beginning. To as far as I can remember – when I was a beggar. Literally.

I am my parents’ first born.We didn’t live at home at some point. We lived in the remote Antubetwe Kiongo shopping centre (mouthful, huh?)  where my dad had a clinic. Our living quarters were the kaplot behind the clinic.

Those who know me know I love tea. Before you poke fun at Luhyas, get in touch with me first. That started a long time ago. I got it from my grandmother Kaumo – we would both keep recycling tea leaves after making tea and drinking the progressively looong tea till it turned into clear water becasue her kongoni cow did not produce a drop over a cup of milk, and I think buying milk in the village was a shame- you are supposed to have cows!

I would walk around the shopping centre, in a long shirt and nothing underneath, you know, like kids of the time, mpararo like a skunk with a cup, get into restaurants and they would give chai na maandazi to mtoto wa Daktari. They even started expecting me, I’m told. The meaner ones would make a smaller kidanz just for me.

Until my grandmother Kaumo visited and I wasn’t at home! Coming hours later with a paper bag full of mandazi and half a cup of tea, as dirty as the soles of my bare feet, and vutaing makamasi.

My parents got a serious tongue lash lasting hours (they thought it was fun- and everyone in the shopping centre was a friend)  Grandma washed me up, bought me new clothes and a yellow kofia written Number 1… And took me home with her with a stern “Mwenda is mine starting today and if this is the parenthood I taught you, go back to class.” Okay, I think that’s what she told them, I don’t remember, but that’s how she talks.

And now I was all alone in the village, with my grandparents. It was kinda fun – I would get mandazi moto from the local chef, since grandma used to brew marwaa (busaa or maize alcohol to you) I would take a number 9 cup in the morning with with burned bread (this was a standard- I would go to the shop to buy mkate umeungua) and avocado. My grandma had all this figured out, raising me up Mau Mau style. In case you are wondering where I got thios tummy that remaines even after all the junk I have been taking.

But I had another nutrition fetish- mole hills! I would sit at a mole hill and eat up all the soil! I loved them fresh and deep inside the farm and generally avoided the mole hills in the field because of the competition with dung beetles. You would imagine they would give me diarrhoeas, but mole hills used to give me orgasms, as it is said, God loves boys, mad people and dogs.

The result- Wealth! I soon had an oversized tummy which coupled with my huge head (yes, where did you think these brains are stored?) with brown hair, made me look very awkward. I looked like I had kwashiokor!

Who remembers the powder medicine we used to take for worms. Had a name that sounded like Paradox. The one you would dissolve in water, drink and remove live worms?!

Turned out, my big stomach was full of worms! And, another thing, after taking that powder, you were not supposed to go to the latrine.. You were to do your shit business in the open so that people can see the work of your hands, and count the snakes using a stick.

They gave me that one. Grandma’s maths used to end at 20. Probably, I had  legion of 1,000 white worms. Our chicken were happy that day.

My belly shrunk in a day and I was made to vow I would never eat soil again or Ntomakona would come and remove all my teeth.

I was now ready to go to school in new Bata bullets.

15 Comments → Random Memories 1: When I was a Soil Eating Beggar