When I told you I was already a sexpert by Class 2, I know you said to yourself “this is one of those hopelessly spoilt brats.” No. I was better than most, most of the time. Or rather, instead of doing the small small things that got y’all caned daily, I would accumulate my misdeeds and unleash one huge misdeed at some point. It would be so big a sin, even comical, I would be unbeatable. People would just laugh it off, or look at me in bewilderment.

The Devil Did it

One day, my Grandma Kaumo went to one of those women gikundi meetings and left me all alone at home. Ours is a big home, set on a large tract of land, and alone, you can get bored.

So, there was this sheep that had been looking at me and shaking its head as if it was challenging me for a head butt. You know you are about to break a bone when a male sheep sees you, punts like Maywhether and starts dragging one leg with lowered head. I would always be told to run. Sheep kill people. Not that day – I accepted the challenge.

But since my head is too soft – by the way, I have never headed a ball – I decided to go at it from behind. Watu wa Nairobi, a sheep’s behind is this flappy, spongy piece of fat.

With a knife. I cut of its kititi with impunity.

To celebrate my victory, I climbed the tree the sheep was tethered to, stuck the tail up there, jumped down onto the sheep’s back like WWF’s Stone Cold and counted to three. I had won!!

My actions hit me when I heard my grandmother coming- women love announcing their arrival with laughter- from a far with the neighbour woman. I knew she would kill me. I had to think on my feet. 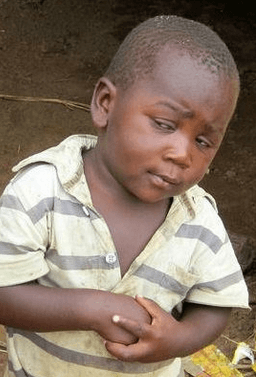 “Juju, imagine what happened…”
“What?”
“The Devil came right after you left, cut that sheep’s tail and hung it on the tree! Come and see.”

When she realised what I had just done, Kaumo burst out laughing. I have never seen her laugh so hard. She told me to climb up the tree and get the tail down and I told her I can’t touch something Satan had touched. I had acted this so much I had started believing it.

Even when she cooked it, I wouldn’t eat it, until Grandpa slipped a few pieces to me when Grandma wasn’t around. There was no way I was eating the fruits of evil. 🙂

I came to learn, cutting sheep tails was something people did in the past. When they wanted a fatty fix, instead of slaughtering a sheep, they would just eat its tail. And sheep would be cool with that, I think, because it didn’t kill them, just made them stronger.

I was a very obedient boy in school. I think I’m still a graceful person… Don’t you?

And with the lesson, she made a class by-law… ‘Everyone must have a handkerchief and underpants, and I will be checking daily.”

When I went home, in total obedience, I went and got my mother’s new silk dress – she had barely worn it and I wanted to have a hippy handkerchief- and cut off a giant square chunk with a razor blade! 😮 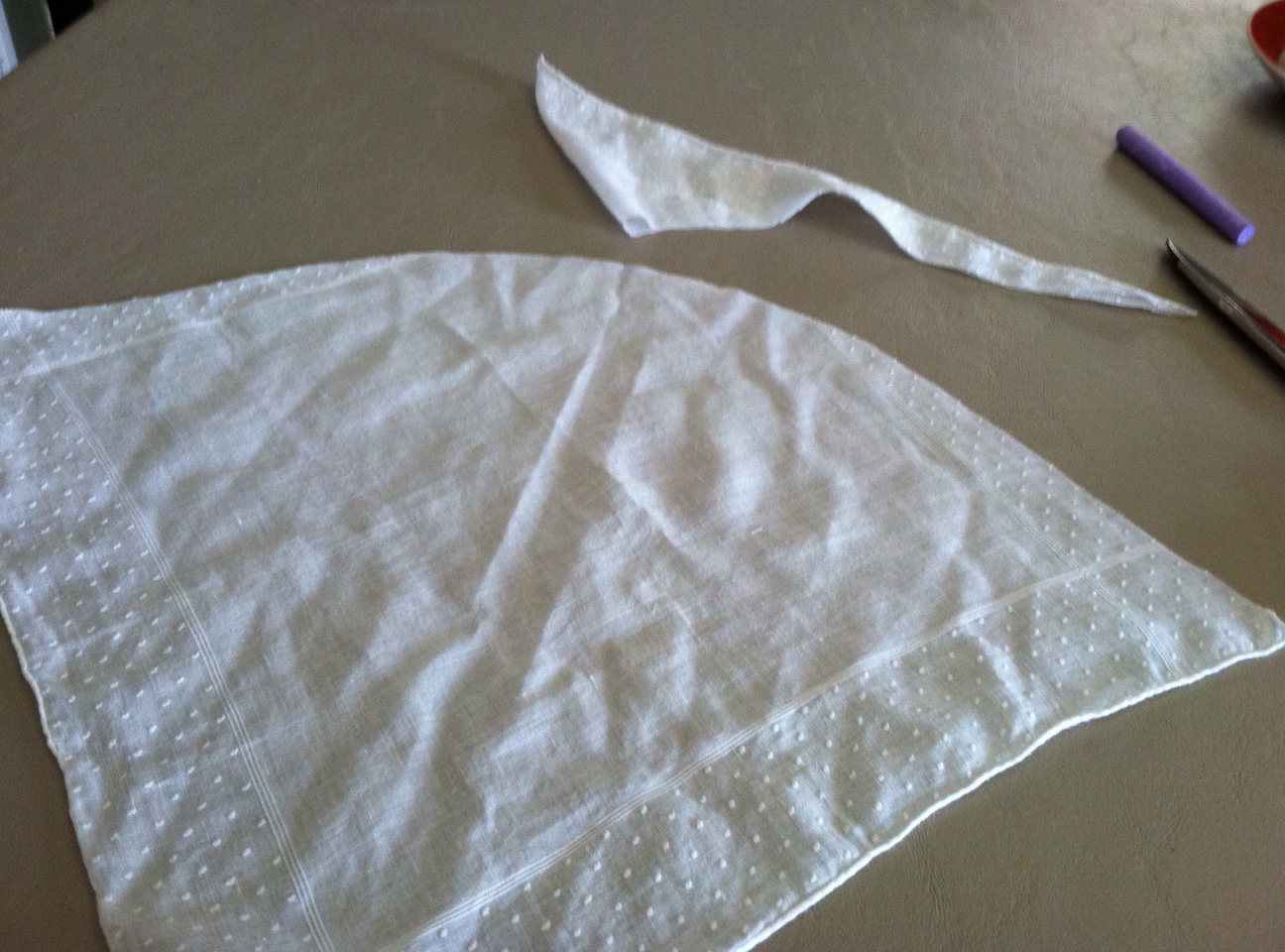 She didn’t notice immediately, until she had an event like a week later that she had bought the dress for. The wail she released is still stuck in my mind. She was distraught. I made Mama cry.

And denied it, totally. So, she, and everyone, wondered who might have done that. Who is that jealous neighbour who got into her closet and vandalised the dress? Only grandma knew! So, she came and told me to tell her if I did it, or she would get Itari, the village wizard to roga it and whoever did it would grow two long horns like a swara.

I had to own up. My mother was so weak that day, she couldn’t have beaten me, as much as she wanted to kill me and make soup with my head.

Who, in Maua sells quality, silk dresses? Reach out to me, I want you to deliver two of your best dresses to mom, and tell her I said sorry again. I will M-Pesa you. Seriously.

And I practiced to be a Tout

Did I tell you about my cousin, Ken? Ken was the ideal boy in the village…not for his good behaviour, but for his sense of style, and his ‘cool’. See, Ken was a born tau, brought to the village, like me, to go to school. He knew too much.

And I was his side kick.

We would simphon petrol from anything that had an engine – power saws, generators, motorbikes and cars – using sponges. For sniffing.

He would steal beer and soda from moving, open lorries and hand them to me and other village biiji. We would have parties.

He would send me to steal the best footballs from the best karatasi football makers in the village, and then beat them up if they made a claim to the balls.

He would start fights for me with boys, and girls he hated… and finish them up “in my defence”

And most importantly, he taught me how to ‘sumba” moving vehicles. Being Landrovers, most of the vehicles that passed were relatively easy to dandia. I became an expert, without much scratches.

Until one day, in my thirst for kudandia, I didn’t check the number plates. I did an unthinkable thing, and literally dandiad gari ya polisi. The infamous black police Landrover, Kiilu.

I was happily enjoying my ride till I looked inside and saw someone staring back at me, all cut up and bloody. Rotting. Dead. It was a corpse!

I released the vehicle, in shock, with both hands, and landed bam on the road on my back. I got up, ran home and that’s how  my touting talent ended. I never dandiad a vehicle again, ever.

Do you know what a kanywila is? It’s a small, red tick that bites and attaches itself to human skin. I was once bitten by a kanywila… on my kaninii.

I didn’t mention it because ,hey! a man can’t show his kaninii to anyone. So, I struggled to remove it myself and I couldn’t. So, my kanywila just fed on my blood and grew bigger, more painful. I started walking awkwardly. My mother and some women noticed this one fine morning and asked me what was wrong. I told them I had changed my walking style.

Knowing better, they tricked me to where they were, wrestled me to the ground and pulled my shorts off… discovering my kanywilad kaninii. To make matters worse, village boys came to see why I was screaming and watched intently as the kanywila was dug out by four women using a knife.

So, after the operation, I lay crying with my head covered. When I couldn’t take it anymore, I took the knife and lunged at everybody, screaming murder. I spent the rest of the day alone at home… No one would dare come through the gate. Not even my mother.

I even threatened to commit suicide. Why would people intrude my kaninii privacy like that? I went to borrow my grandmother her rope so that I hang myself and she said:

“I only have one rope and I can’t use it after you hang yourself. The simplest method is this, go to Kimeria Njou (a waterfall nearby) and jump into it. There will be no expenses.”

I would have gone, but I didn’t know the direction. 🙂

Speaking of knives, I used to cut people up, like a proper Baite. One day, Metal, God rest his soul, made fun of my big head. I snapped, picked a panga and swung at him, cutting his hand badly. Luckily, I was still too small, would have chopped it right off.

I think I used up all my temper when I was a kid. Nowadays, I don’t get angry. If you get into my nerves, I simply leave you to it. I walk away. I am a Meru. 🙂

[jetpack_subscription_form title=”===” subscribe_text=”Enter your email below and I will send you an email every time I have a new story for you!” subscribe_button=”Notify Me!”]

37 Comments → Random Memories 3: The Devil Did It