There is a common saying among my crew, “We belong to the clan of pigs. We eat anything.” Growing up, I have eaten anything I have been offered, including the sumptuous, inviting piles of mole soil. 🙂

It has all been a factor of what I can afford at a point in time.

Or the Nairobi Initiation 3 period, when Kero and I lived in a house within a house, where the family used to eat chicken daily and we would pass by their kitchen to go make ugali with the sufuria we had cooked porridge in in the morning, without washing. Si unga ni unga? That point in time, all we needed to treat ourselves was Sh. 20 in the evening. We would either buy one chapati moto and share, or those fish balls they used to sell in Ngara.

Or when we ate bread with sirua in Mlango. That was a rough patch, and the only positive thing I can remember is the day our neighbour graduated and made too much food. Her folks wouldn’t go up the stairs to eighth floor, so, she called us to finish up the Luo dish. We were like mercenaries – eaters on hire. We cleaned up that pot.

Then we moved to Plot 10 in town and there was no bread with sirua. We would either cook, or eat in varied vibandas inside Grogan. You know, where you say “mathe niwekee kila kitu na ujaze sahani.” We even had our preferred plates in the vibandas.

We discovered a joint deep inside Grogan, Kwa Omosh, where the meat was cheaper than ugali. You could ask for nyama saucer! We never wondered where the meat came from until one day, I was dealing with a mnofu, and stared at thorns inside meat! Seriously, that cow may have either have eaten fish and those were white fish bones, or that was a dinosaur’s digestive tract… we didn’t ask. We just stopped going there. To date, I have never known what that was!

Did I say we cooked? Yes, every evening, without fail. And it was always one thing. Ugali sukuma. For years, ugali sukuma daily. Even when the village councillor and our friends who had joined the army and had disposable income crashed at our place and bought us meat, we would still mix it with sukuma!

Kero once had a date with a girl at Roast House, and she came with her friend. Why do y’all do that? He only had Sh. 200, so when they started ordering chips and chicken, he was like:

“Roast House chicken is not so good. It’s the chicken they inject chemicals into, may cause cancer. Take fries, we will get chicken elsewhere.”

He asked for water since he was ‘not hungry,’ paid the bill so that they could leave immediately they finished, excused himself to go the washrooms, and went home. That’s the last time he spoke to the girl. To-date, Kero always makes sure he eats the most expensive meal on the menu at Roast House whenever he is in town. Revenge.

My first attempt at taking someone for coffee was a nightmare. Karibia niwaambie. There was this girl, her name was Winnie and she went to a college right in the middle of the CBD. One day, we planned to have a chat and I visited her at the school. There’s no kibanda around that place. So, we went round the blocks till I saw a place that looked a little modest. We went in.

The standard breakfasts in the menu looked expensive, so I decided to improvise, and influenced her to, too.  I ordered tea and a chapati. She ordered coffee and a sausage. I thought, at most, that would cost me 120 bob – which was too much.  When the bill came, I was grateful I had worn a suit jacket where we used to ‘bank’ our cash. From, Sh. 500, friends, this sukuma eating son of Maua got a balance of Sh. 5. 🙁

Stick to your lane.

In Limuru, while at Bata, we discovered a joint with Freddy and Loris that sold meals in terms of money. You would just walk in and say, “nataka 70, na avocado.” It was a very cool joint, until one day I got a bout of food poisoning that kept me in the toilet for three days. They laughed at me and continued going there, while I stuck to fruits for lunch with Roseline. Then they got their day, too. And did their toilet round, too. A worse riund. Utashindanaje na nguruwe? 🙂

Speaking of nguruwe, I miss our pork appointments, every Friday. Who knows a pork joint in Nairobi? 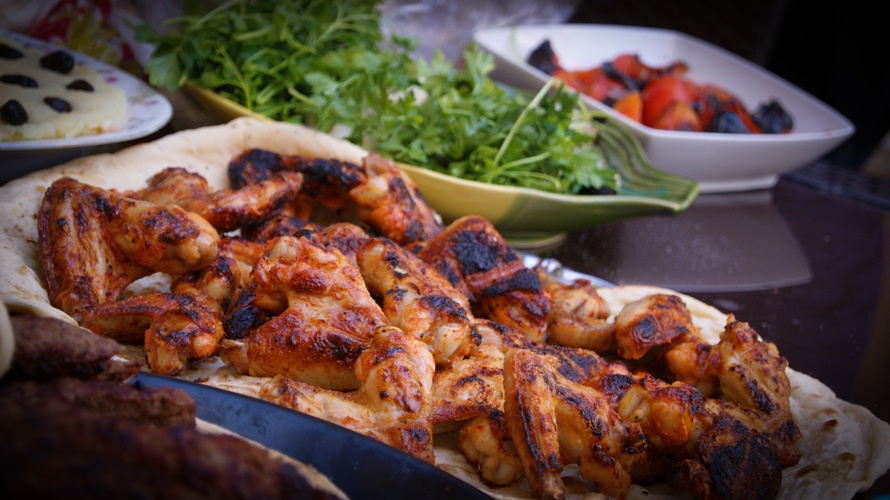 Have a blow job when you can 🙂

To cut a very long story short, nowadays, I make sure I eat the best I can, in the best places I can. Money is for eating, anyway. So, when I have my tea at Artcaffe, or Urban Eatery’s milkshake, or porridge at the Rooftop… don’t call me extravagant. I’ve just been there and done that. And at the end of the day, you have to do what you have to do. You have to feed your memories.

Oh, the Slippery Nipples and a Blow Job are cocktail things that I saw on the menu at Asmara last weekend. 🙂