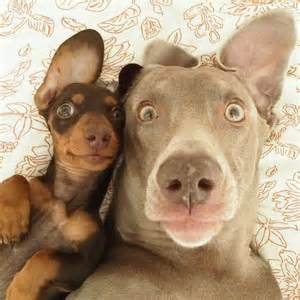 I saw her every day, apart from Sundays, for two months. She came every morning, washed my utensils (how I hate that thing), washed the floor, made my bed. She would even change my towels, arrange my clothes that I sometimes forgot discarded on the bathroom floor, and flush my toilet. While I sat, unashamedly working. It was her work, and while I appreciated the fact that I wouldn’t have to do all these things that us bachelors hate so much, I would rest easy that, it was work, anyway.

She became a friend. When I’d be frustrated with Wi-Fi, it was terrible at the apartment, she would come and join me in venting at the Management. When lights went out and the back up generator took some time before being turned on, she would tell me how “the current manager is the worst I have seen. She’s saving generator fuel as if you are not paying all this money. Sometimes I want to break her neck.” When she came to change the sheets on Monday and I had used all cups during the weekend, she would steal a cup for me from the neighbour “ukuwe unatumia before nikuje kuosha vyombo.”

Finally, I had to move from the apartment. Just as the taxi driver packed my last bag into the Toyota Noah one fine morning, she beckoned and said, “kumbe ulikuwa serious unatuacha?” I cajoled her playfully and said the house will find another tenant and she will forget me soon.

Then she told me, in an apartment block that was inhabited by expatriates mostly, none took her as the person I had taken her. To them, she was just a cleaning lady. “Wewe tulikuwa tunakula story.”

At that moment, I was contemplating taking out my phone and taking a selfie with this awesome lady who had been my mother for two months. I don’t k ow why I had this urge. I am not a selfie person and it takes bit of convincing for me to have a selfie. Photogenism is not a thing to me. I see many celebrities and I rarely take the selfie. Oh, and I have done only one or two WCWs. I doubt she was in Social Media so I couldn’t even tag her. I just wanted to… but the cab driver announced he was ready. I promised myself I would take her to lunch and have the the selfie with her next time I came around to pick my deposit.

I quickly moved on, occasionally remembering her when utensils piled in the sink.

Until last Saturday, when I went to collect the deposit. The particular manager was leaving the company and I knew she would have stories for me. So, I went looking for this lady friend of mine at a place where the star used to hang out. She wasn’t there and I assumed she was in an apartment, cleaning. But I would have waited, or gone to look for her whenever she was.

I asked,  “Ako wapi yule mama alikuwa anasafisha kwangu….” All this time I hadn’t known her name. I probably didn’t see the need, or the urgency, because when I had needed her, she was always there, dutifully.

This question brought some uneasiness and this deathly quiet that comes when your tough mother asks about the sugar that you had eaten up. Everybody looked down and I wondered if they hated me that much. Or if they were jealous I was looking for the lady only.

Then one spoke, “When did you leave?” I tell her, a certain date on a Friday.

Just like that. The news was delivered like a blow to my stomach. I doubled, almost gagged. The guard explained that Mary fell sick the same Friday I left and asked to leave early. And on Sunday, she died. Just like that.

As I left without saying goodbye, my mind was agonising over things. All bad things. I wasn’t mourning as much as I was regretting not taking that selfie with her that day. Maybe, it would have made me feel better. Maybe I would look at it and have some sort of closure. Maybe it would have made her happier, and the illness would have stayed away that day.

Why didn’t I take that selfie?

Life is brittle. It may end any time, you may see that person for the last time, or, they may see you for the last time. If you hear that little voice whisper, take out your phone, face the camera, smile and take a selfie. Record that moment in your phone, and most importantly, in your heart. Cherish your moments, for those moments, those small moments become memories.