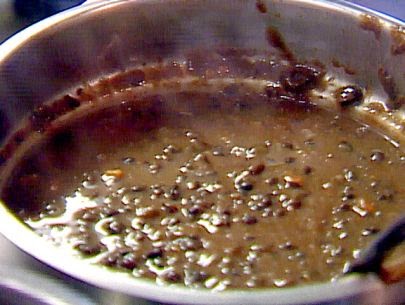 If you are reading this,you must have read part 1-3. Thank you for sticking with me. This is a true story and I have evoked nostalgia in some of my friends, and anger or shame or whatever in others. I am just Frank.

Where were we last time? Yes,we had to leave the house we knew as Mwanyenye- we knew only the house girl’s name because everyone in the house used to call her so loudly in Kisii,even in the middle of the night, to pass a glass of water. Poor Mwanyenye. What do people think house girls are, slaves?

Anyway,let’s move on,we had more problems than her. When we left, we had no place to go, not even an idea. We just carried all our property in one sweep. Only the mattress was stress, really.

We decided to split for some time, Kero going to a friend living in UoN hostels, and I moving to my childhood best friend, Alex,also living in hostels- Railway Training Institute in South B. The plan was just to crash in for some time as we redrew plans. Alex lived in a standard hostel room with 3 roommates… We would share his small upper double decker bed.

Saved by a prostitute

South B is too far for someone without fare,going to class in town. I would miss the first lesson almost always. In the evenings, I would walk back to save some money.

Life was tough to me but even tougher for Kero. His village friends, who he was crashing with started avoiding him. They would lock up their room and disappear, leaving him to seek out other people in the middle of the night. The Helb-Powered rich campus kids were a different kind of cloth. They would force him to go out to clubs with them because they couldn’t trust him with their rooms! On one such night, he was down with malaria but they still wouldn’t leave him in the hostel, they accused him of stealing their drinks. Kero was beaten up by the bouncers and thrown out of the club, literally bounced off the stairs! He was saved by a prostitute.

One evening, I arrived at RTI as usual, sauntering into the room looking for Alex. One of the roommates borrowed my phone(I had one of the most expensive smartphones then, a Nokia 6600, I had redeemed from dad after he was unable to use it) and all three of them stood up.

“You stole my phone in the morning” said the guy with an accented, ghostly, irritating voice(Okay, I hate him)

I was bewildered. Nobody had ever suspected me of theft since I was a kid. And now these people were accusing me of stealing a phone!

“Yes. You were the only one in the room when we left for breakfast”

“You left your college and came to ours to be a thief?”

I was surrounded, cornered, intimidated. I had been accused, prosecuted and judged in this kanjo-like kangaroo court. Did you know, if you are arrested by Nairobi Askaris you have no rights in their courts? Whatever you are charged with is what you did! And this was worse than the kanjo court. Mob justice is real.

Alex came to my rescue like Superman. When he met me captured, he went on a rampage. He is a typical Meru, always carried a small dagger. The moment he brandished it, everyone left the scene! He started pulling out wires, overturning beds, throwing suitcases out the window, screaming like a lunatic. I had to forget my troubles for a moment and try to reason with him.

The roommates had left with my phone. Later in the night Alex demanded for it and was told I would have to pay for the stolen phone if I was to get mine back. He went on another rampage….a physical one in the middle of the night. Pure drama. I had to figure out a way to get Sh. 4,000 for another phone, somehow, not without telling them that my grandfather was a supreme medicine man, who would ensure justice was served. Someone would eat grass.

Anyway, I hustled some moneybfrom relatives and paid the phone back-In life, you get punished several times for things you didn’t do.

Remember the day Kenya got a Public Holiday because Obama had been elected America’s President? I was with a friend of Alex in his room when someone came in saying there were Police Officers looking for a friend of Alex who had stolen a phone.

I was in shock! And I was a wanted man!

I thought it was one sick joke, till I went round the hostel towards Alex’ room..And saw cops with college security through the window. I bolted…all the way out of the college through a panya-route….ran up Maringo, to Mater Hospital, Kula Mawe, up the Bridge, Railway Station…into town. Marathons have nothing on me. It is after I reached town, that I felt safe.  I guess I wasn’t cut out to be criminal.

I called up Kero, who was somewhere in Ngara with a “girl from home you should meet”. I walked to Ngara, not because I wanted to meet one of Kero’s twisted-taste-of-women that always made me gape, but because I had nowhere to go, and I had to inform the crew that I was a wanted police suspect.

That’s how I met Mwende. Later known as Rancho, a future member of my five-man wolf-pack. And she “hustled” a fifty bob off me despite my masaibu.

Kero and I had to strategize. There was no way I was going back to RTI, Lenana and Eric’s place in Kabete Animal Training College was a no go zone during weekdays, and Kero had outlived his Bonga Points from the University friends. Our brainstorming led us to yet another friend of mine, Dennis Mutwiri from home. A guy I had met only a couple of times because we shared a taste in hip hop, and I had a few prospective quarries he wanted me to hook him up with. Dennis, and Kama, the friends we hadn’t thought about before, welcomed us wholeheartedly.. they were prepared to house us till we got a place…And they left their room to us, for the weekend. I should look them up. (Toast, guys).

Meanwhile, Kero had made friends with two big, yes, big girls…women. Secretaries at his uncle’s office. People who would walk in the streets in hot pants. Have you seen a really big, voluptuous woman walk in the street during the day in a hotpant and a tank top? Kero had made friends with those…And would visit them in their single room in Mulango. I think they sexually assaulted him, and he liked it…because soon, they got him a house… also in Mulango. And the landlady wanted only working people in her flat.

I dressed up that Sunday, in a suit..And went to check the house out. It was a 8 floor house…. And the vacant house was half finished, on the eighth floor! The wires were naked, and the wall wasn’t plastered…. There was no ceiling… Just iron sheets. We had no option but take it.

Now, living here was hectic. Living on the eighth floor of a house with no lift, but a steep, narrow staircase wasn’t fun. You wouldn’t dare forget stuff like match boxes or salt… Because you just wouldn’t go down to the shop on the ground floor. We only had a mattress on the floor, and coupled with the ceiling-less roof, we were at the mercy of the weather. We didn’t have a radio, so, we would listen to whatever neighbours were listening…And if we didn’t like it, we would disconnect electricity(the naked wires in our room were the main connection for the entire floor) and go outside shouting things to do with someone on the floor messing with electricity. Being Merus helped.

We managed to buy a bed, second hand, from the shopkeeper downstairs, and had to cut it into two to go up the stairs. Our house had the first piece of furniture! Problem is, it used to break down in the middle when you turned. We still had only two plastic plates and cups, and our good old trusted jug. When we had visitors, we would eat it turns, unless it was a girl-like this one time when Mwende visited and Kero went all the way to the ground floor, to borrow cups from our shopkeeper.

At some point, we were four. Our MP’s real brother,Karithi expelled from college, a guy from our former hostel, Chris Ngaruthi, Kero and I…. And none of us had a shilling to his name. Four men without a shilling…And no food in the house! To make matters worse, I was doing my CPA exam the following day! I did not have fare.

Things got worse, when our light bulb blew. Why do such things happed in such times? Kero and Karithi stole the communal toilet bulb. I had just gotten into the house, and they were telling me about the bulb…when guys came looking for the toilet bulb! You see, Kero had gone round borrowing a bulb, and when they didn’t get the toilet bulb, the first people they suspected, were us! I told them that I had bought the bulb on my way home. They said they wanted to see the packaging and I told them to check the trash bin.

Then I got really angry.

“Look at us! You think we, four grown men, can’t afford 40 shillings to buy a bulb? Is that what you are trying to say?”

I was so worked up, they apologized and left in a huff…we were left falling over ourselves with laughter. …. Till we remembered we didn’t have anything to eat.

I called Alex and told him I had nothing to eat, and I was sitting the exam the following morning. He said he was in town, and only had Sh. 100. I told him I needed it. Could he bring it? He said he would need Sh. 40 for fare…so we bargained and I asked him to bring the Sh. 60 if he didn’t want us to die. I pride myself in good friends…. Alex brought us the Sh. 60.

The issue was what to do with it. We walked into a cafe, all four of us, and couldn’t afford a meal. So we settled for the craziest combination. Soup, bean soup, is free when you eat food. So we asked for bread and bean gravy. That’s sirua.

We ate bread with sirua!

We spent Sh. 50, and had some change to spare… I was to use this Sh. 10 the following morning on my way to the exam. So, I took tea and some cake, left the money on the counter, and fled! I never knew how much that cost…And I didn’t hang around to know! I ran all the way to the exam centre. And happily did my morning paper. By the time that was done, I had an M-Pesa message, my monthly allowance, from dad.

We used this money to move the very next day…on a mkokoteni, all the way to the next phase of our lives, Plot 10!

Nairobi had almost won one against us.